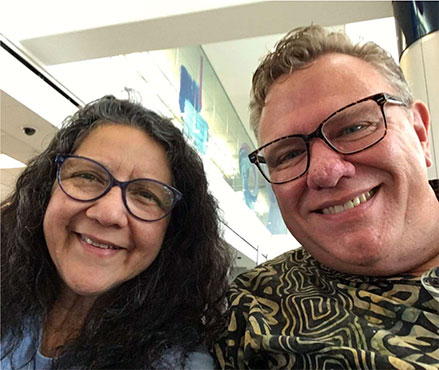 Born and raised in Houston, Texas, Weldon and Angelina have been married for 36 years. They have two adult sons and three beautiful grandchildren living in Northern California and Washington State.

Weldon spent his entire career in the commercial construction industry before he was called into full time ministry. Intent on following his calling, Weldon went to seminary school and began serving in several ministries in the church. He’s spent the last four years as the Executive Pastor of Trinity Vineyard Church in Cypress, Tx, a suburb of Houston, Tx.

Angelina chose to be a stay at home mom and raise their two sons. However during this time she has been involved in many of the church’s ministries including serving as a pre-marital counselor, Stephen Minister, Prayer Group leader, Small Group leader, children’s ministry volunteer, and has been very active in her local women’s ministry.

Together they are committed to serving in their pastoral roles, both within and outside of the church, and are always willing to listen to and serve the people of the community